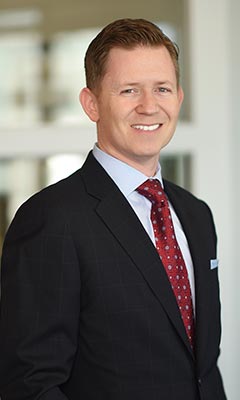 “I have been a trial lawyer for 22 years and I can state without reservation that Josh’s cross-examination of the plaintiff was one of the best I have ever witnessed.”  Andy Ausmus, Counsel for Co-Defendant The Altus Group in Wolfkiel v. The Altus Group, et al.

Josh Franklin is a business trial lawyer who has tried nearly fifty jury trials in his career.  He handles cases throughout California and Colorado, focusing primarily on insurance coverage/bad faith litigation and business litigation.  Josh has represented mutual funds, software companies, biotech companies, contractors, developers, manufacturers, law firms, accounting firms, medical practices, small businesses, and individuals as both plaintiffs and defendants in a variety of high-stakes disputes, including class actions.  Having frequently represented underdog clients against insurance companies and other powerful opponents, Josh is in his element when litigating against much larger law firms.

In the insurance coverage/bad faith arena, Josh only represents policyholders.  He regularly handles matters arising out of an array of insurance policies, including directors and officers liability (“D&O”), errors and omissions (“E&O”), employment practices liability (“EPL”), and cyber liability.  In recent years, Josh has litigated insurance coverage matters involving the duty to defend, the right to independent counsel, bad-faith claim handling, and other coverage issues in state and federal courts in California and Colorado.  Josh has also written and presented on the topic of cyber insurance coverage.  In 2017, he served as the Chair of the San Diego County Bar Association’s Insurance/Bad Faith Law Section.

Josh’s experience before forming Franklin | Soto LLP includes litigating complex civil cases with Arnold & Porter LLP and serving as a Deputy District Attorney in the Economic Crime Unit of the Denver District Attorney’s Office.  He has tried a wide variety of cases, ranging from insurance bad faith to securities fraud to first-degree murder, among others.

Josh has a peer-review rating of “AV-Preeminent” from Martindale-Hubbell and has been recognized by Super Lawyers in the area of Insurance Coverage.  In 2017,  he was named as one of 100 attorneys in the San Diego Business Journal’s “Best of the Bar” list.  He is admitted to practice in California, Colorado, and New York.

Comment: Three Strikes and You’re Out of Constitutional Rights? The Prison Litigation Reform Act’s “Three Strikes” Provision and Its Effect on Indigents, 71 U. Colo. L. Rev. 191 (2000)

Why the Supreme Court Denied Certiorari in United States v. Newman and What to Expect Next, L.A. Daily Journal (October 2015)